Spider-Man Meets the Bride of Dracula

Over the weekend I was browsing through Netflix, and found one of my favorite childhood cartoons, Spider-Man and his Amazing Friends, which starred Spider-Man, Iceman (who was originally part of the X-Men) and Firestar.

One of my favorite episodes is The Bride of Dracula. It features classic movie monsters Dracula, Wolf Man and Frankenstein. 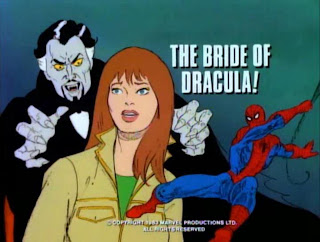 Episode starts off with Peter, Bobby and Angelica attending spring dance at the college they attend. A mysterious stranger asks to dance with Angelica and lures her outside with his charm. Bobby and Peter become jealous and suspicious of this unknown stranger. While outside the stranger put Angelica into a trance and later reveals himself to be Dracula and he proceeds to kidnap her, and takes her aboard a jet to Transylvania with help of the Wolf Man, who is one of Dracula's servants piloting the plane. Their final destination is Dracula's castle so he can make her his bride. 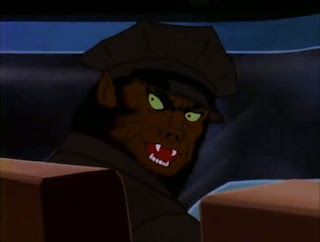 Bobby and Peter change into Spider-Man and Iceman and follow them to Transylvania by hitching a ride on a plane and they change its course to Transylvania. During the plane ride on Dracula's jet ( I didn't know Dracula's had his own jet) Angelica briefly snaps out from her trance, the bride to be is not happy by the idea of being Dracula's bride, and transforms into Firestar. 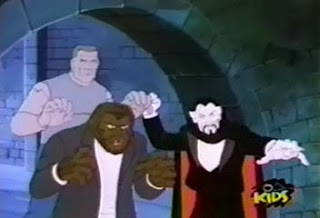 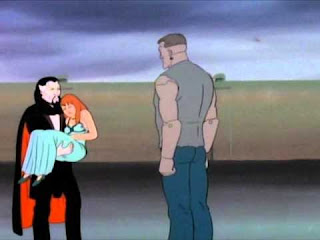 Dracula once again places her under his spell and when Spider-Man and Iceman arrive, he commands her to destroy them. Spider-Man manages to fight off the attack by reaching her subconscious. The ordeal takes it's toll and she passes out, turning back into Angelica. The duo then escape with her deeper into Dracula's castle. Having discovered Dracula’s laboratory, Iceman fends off Frankenstein (who is another one of Dracula's servants) and the Wolf Man as Spider-Man develops a potion to revive Angelica. She then transforms into Firestar and casts a blaze of sunlight throughout the castle, reverting everything back to normal. The trio return back to the spring dance.  You watch the episode below. The entire series is currently streaming on Netflix.
"Shop 2CoolGhouls"