It been many years since the 1998 Godzilla Reboot disapointed so many long time fans of the Giant Green monster from Japan. But not Warner Bros will again reboot Godzilla with director Director Gareth Edwards. From the stills I have seen, I must say I am excited.
"Shop 2CoolGhouls"

Several monsters are reported to be involved in the rampage scenes, and Godzilla will be facing off against some new Monsters, but I am not sure how closely this reboot will follow the TOHO originals. I hope Mothra makes it into the new film. Here is a picture from set Godzilla is set to be released May 2014. 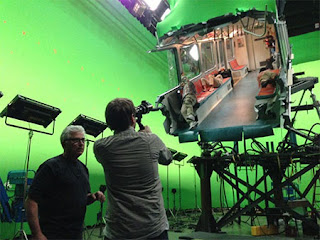 Speaking of Godzilla I want to talk the underrated Godzilla The Series Cartoon that got kinda lost in the shuffle back in the late 90s on Fox Kids. I personally think that the toon was better than the 1998 film.

I personally like the opening of the show where Godzilla climbs and wraps itself around a tall building King Kong style. The show ran from 1998 to 2000. The series is currently streaming on Netflix. 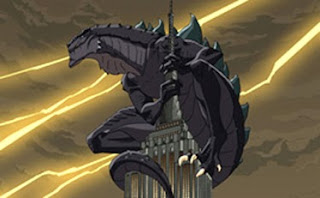 Here is a clip to a episode of the Godzilla The Series Toon
"Shop2COOLGHOULS"
Posted by 2coolghouls at 9:36 PM