The first Toxic Avenger movie was such a campy low budget I love it. New Jersey's first mutant superhero!
what more can be said about this low budget classic! its a campy funny low budget assault on good taste, I and I mean that in a good way. I remember when I first saw this film on late night cable TV, on the Cinemax channel.  "Shop 2CoolGhouls"

I was 13 and I snuck out of my room to watch some late night TV mom and dad wouldn't allow us to see. I was flipping through channels and found a movie where a guy was jumping a window and landed in toxic waste! I said to myself, I have to watch the rest of  this film, which ended being a classic must see and if you have a quirky sense of humor. 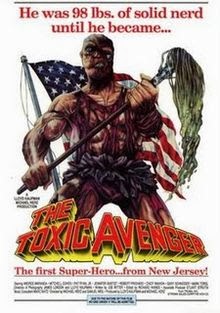 One of the funniest scenes is when a gang of street thugs named cigar face, nipples, and knuckles get confronted by the toxic avenger after trying to buy off a honest cop LOL. the fight scene that ensued after is worthy of the comedy channel to say the least. another hilarious scene is when another gang of ruthless robbers hold up a Mexican restaurant. Toxic Avengers rips off Leroy arm off in one the clips and beats him with it! 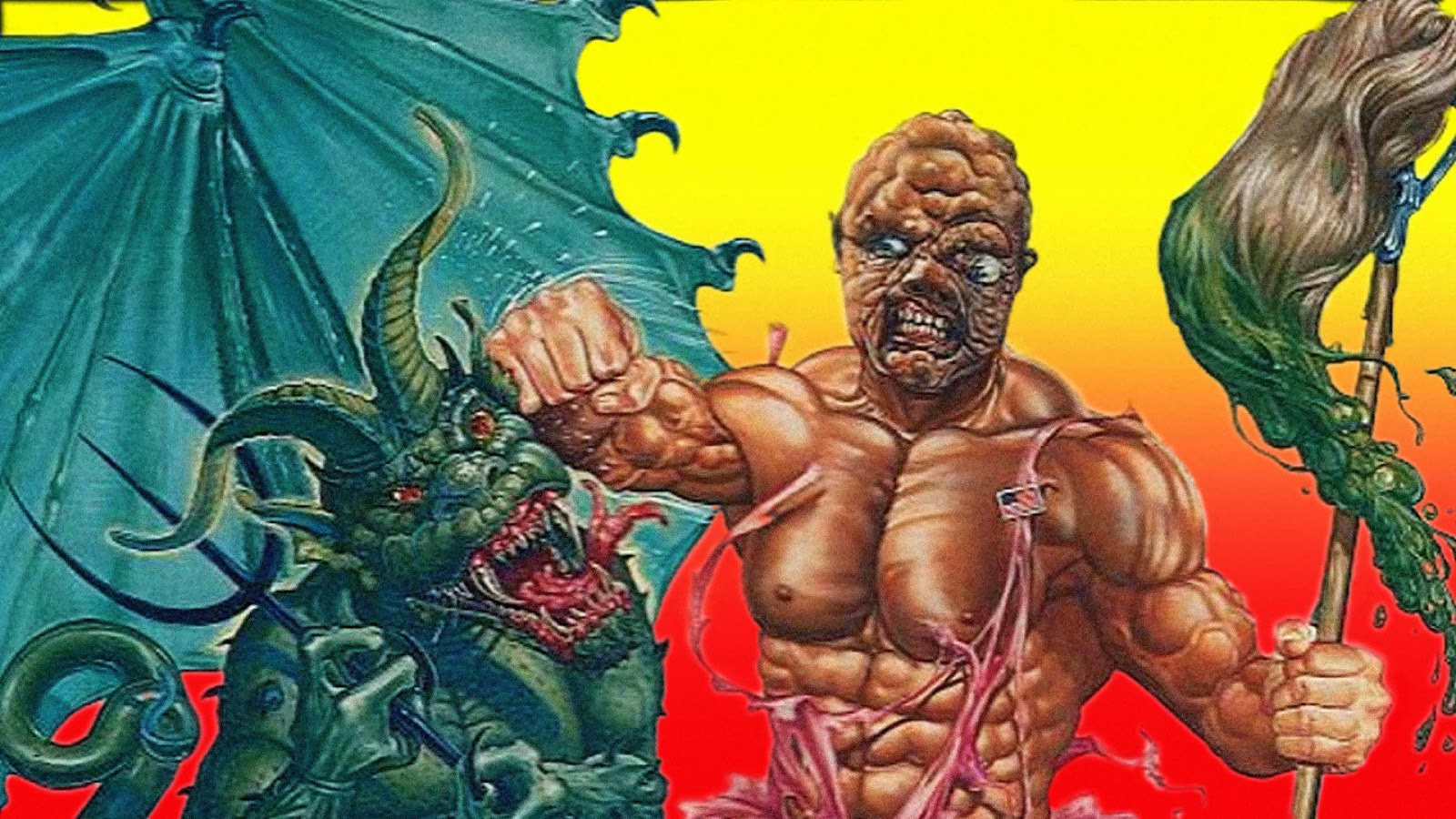 The movie moves on to a corrupt mayor and band of on the take cops and politicians band together to kill Toxie (Toxic Avengers nickname). While the ending parts are not as funny as the rest but overall the movie holds up and is a true indie gore fest classic. its a shame most of the sequels in this series of films were not as good which kinda tarnishes the series and with the news of the upcoming reboot, I can only hope its better than those sequels.. as listed below here are some key no miss spots in the film


A kid riding a bike get his head smashed you can see the fake dummy used in the scene
Health clubs were the social centers of the 80s.
Radioactive waste is green and constantly bubbles.
Fast food restaurants have real samurai swords on the wall.
Never sit on sauna rocks your butt will get burned!
Mutants give off steam when aroused.
Men shouldn't wear pink sports coats.
Once your liver is out, it's out, no easy way to stuff it back in.

This film spawned many sequels along with a cartoon series they included toys, comics and video game merchandise that I will blog about in near future.  "Shop 2CoolGhouls"